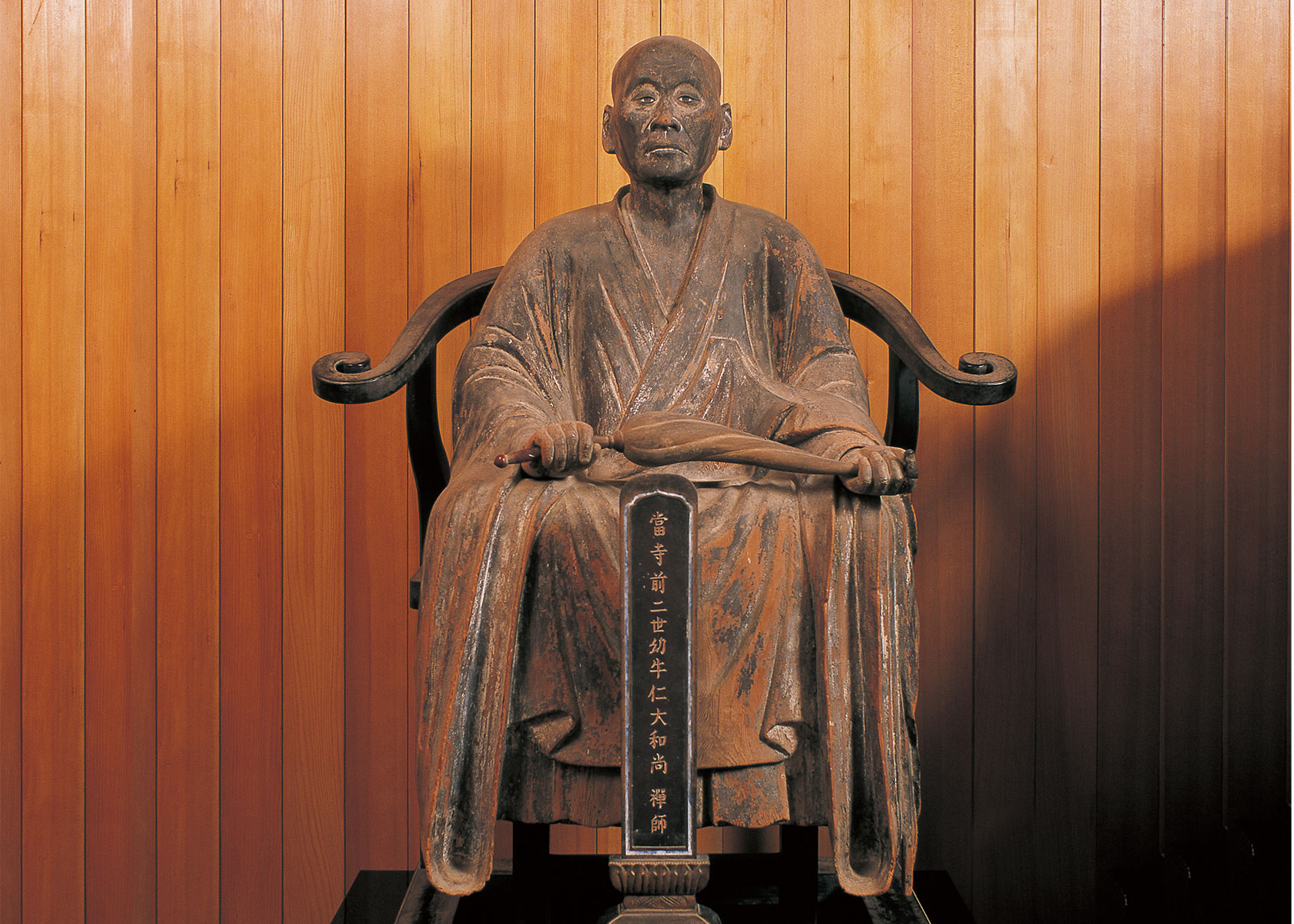 Enin is a Chinese priest who came to Japan with Shokoku Isen and became the second priest of Anrakuji Temple. It is known that this statue was also made in the 4th year of the Karyaku calendar (1329, Kamakura period) by the ink inscription. Although there is no author name, it is considered to be the same author as the Isen statue because of its similar style, and it belongs to an old example as a wooden statue's Chinsou sculpture (portrait sculpture of a Zen priest). Compared to the Isen statue, this statue is made with a thin, humble and sharp expression, and although both are of the same type, each one is uniquely expressed and skillful. Compared to the fact that this kind of Chinsō of posterity is playing with the tricks of the people, the example is still wonderful without losing the true taste of realism.