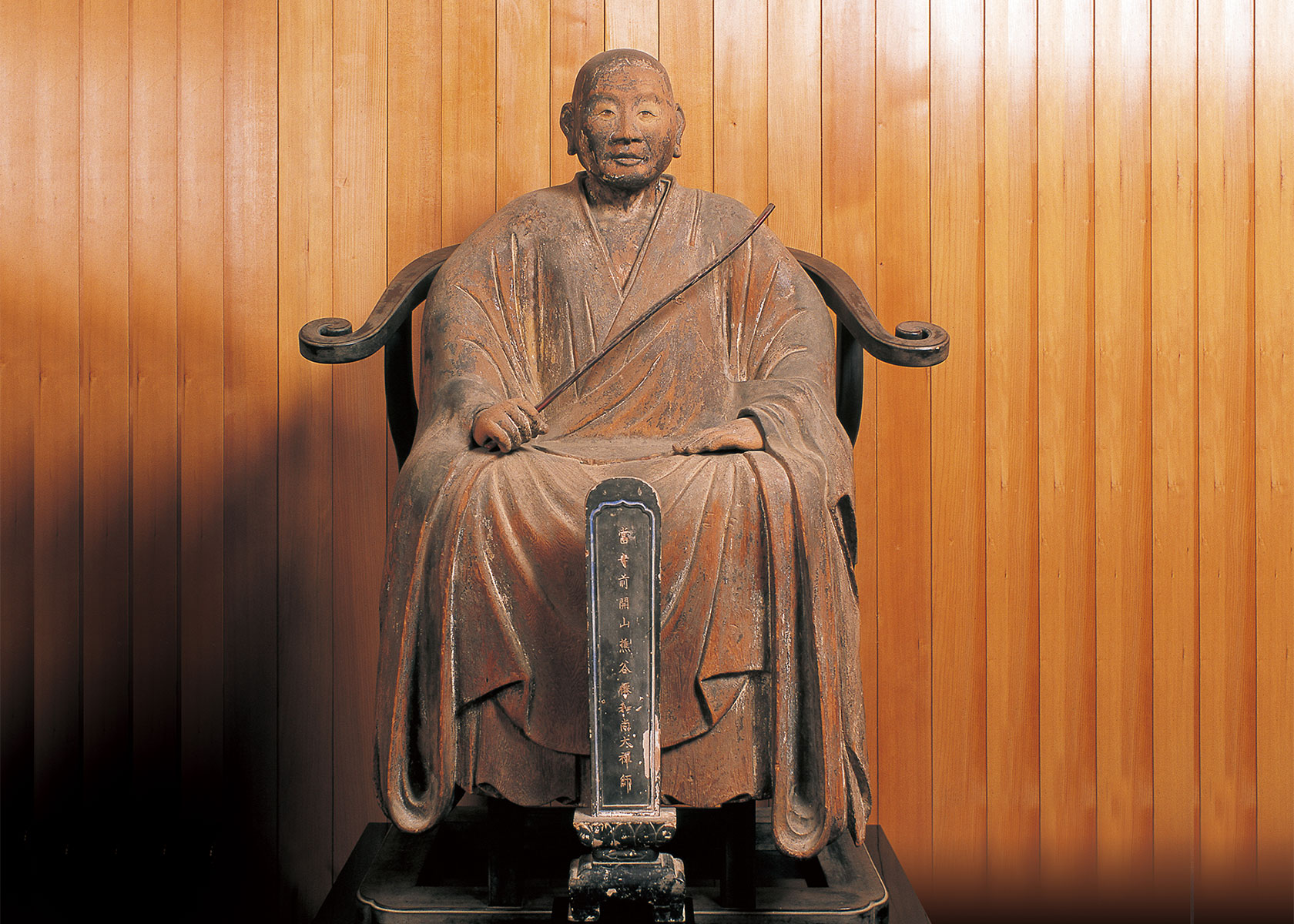 Sosen is a Zen priest named Kamiya, and is said to be the origin of Mr. Kiso Gen. He studied over Song in the middle of the Kamakura period, and opened Anrakuji after returning to the morning with Lanxi Daolong, Kaisan, Kenchoji Temple in Kamakura in 1246. It is known that this statue was made in the 4th year of the Karyaku period (1329, Kamakura period) at the end of the Kamakura period, which is thought to have been several decades after his death, according to the inscription in the womb. The author is a carpenter, Hyobu. The facial expressions of shaving, curling his head, and praising his smile are very realistic and show the taste of the times. His shoulders are abundantly stretched, and his solid and stable appearance conveys the image of his predecessor.